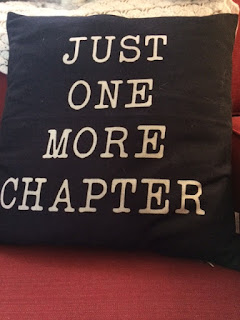 My most recent release and ninth book for Harlequin Heartwarming, Soldier of Her Heart, is out this month. Sometimes I can't believe that I'm published, much less that I have nine books to my name. It's been a dream come true in so many ways.

What inspired the story?  I was at a conference where I met an army veteran. When I thanked him for his service, he got very angry. He told me that I wouldn't thank him if I knew what he had done overseas in combat. He also said he'd lost more of his squad to suicide than had died in the war. He made a big impression on me because I always wondered about his anger. I wanted to explore a hero that had the same attitude as he had, and so Beckett was born.

What is the story about? Beckett is a contractor who is in starting to renovate a house. During demolition, he discovers a hidden stained glass window that is broken. Impressed by the artistry, he seeks out someone who can fix it. Someone recommends Andie Lowman who did her graduate work in stained glass windows, but she can't repair it. Luckily, she knows someone who can. However, Russ is set to retire, but says he will teach Beckett and Andie to fix the window themselves. Through fixing the window, both Beckett and Andie find healing and a future in the process. Plus there's a therapy dog names Phoebe thrown in to the fun.

What is my favorite part of the book? To find the right glass to repair the window, Andie and Beckett travel to Northern Michigan to a little town called Lake Mildred. My first books took place in that town, and some of my characters pop up like a blast from the past. There's also a scene where Andie and Beckett bake a cake together that was fun to write.

If I could spend an hour with my hero, what would I tell him? I would tell Beckett that he's a good man despite his misgivings. He has a lot to offer the world, but he needs to let go of his past if he wants a better future.

What about the heroine inspires me? Andie is a woman who knows how to get things fixed. When she worked for her father's construction company, she was the one who would find solutions to problems. I envy her skills.

What do I hope the reader gets out of the book? That a good relationship is not about perfect people finding each other, but flawed humans who find someone that accepts and loves them, warts and all.

What's next? I have three book series coming out, starting at the end of the year with a Christmas romance about a single dad who falls in love with the firefighter who rescues his dog from the burning house.

PS - I wish I could post the amazing cover of this book, but for some reason the server keeps rejecting the image.