The (Many Uncomfortable) Things We Do for Love by Carol Ross 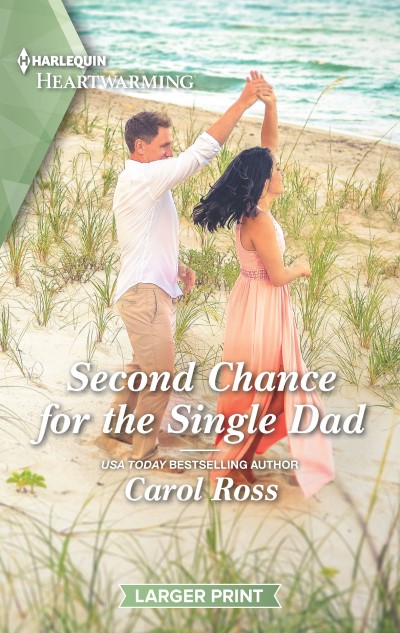 Maybe it’s putting on your fancy best and attending an event with your partner when you really don’t want to, walking the dog when you don’t feel well, or ferrying your kids – and their friends – to a party clear across town when you’ve already spent hours in the car that day. Or maybe it’s donating a kidney to a critically ill sibling. Every day, we do things for those we love. And because we love them, we’d do just about anything for them.

It feels incredible to be on the receiving end of such selfless love, too. Many years ago, on the eve of my first half-marathon, my husband happily got in the car with me, traveled for two hours, spent the night, and then cheered me on while I ran the next morning. Beaming with pride and joy, he met me at the finish line, where we toasted my fellow runners with fresh-pressed apple cider and a trip through the gourmet taco bar. It’s a day I’ll never forget. Partly because when we returned home, he told me he “wasn’t feeling well” and probably needed to see the doctor. Turned out, he had shingles. He didn’t want to tell me because he knew I’d cancel. He wasn’t going to let anything spoil my big day. (I know! He loves me.) 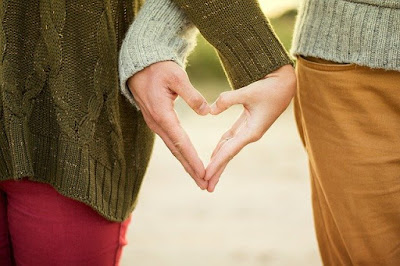 In my latest book, Second Chance for the Single Dad, hero Rhys McGrath learns to waltz for his orphaned niece’s father-daughter dance. Dancing is about the last thing Rhys would ever willingly do. Not only is he introverted to the point of reclusive, his social awkwardness sometimes means he’s, um, unintentionally impolite. On top of that, a neurological condition means he doesn’t enjoy music. Out of his comfort zone doesn't even begin to describe how he feels about dancing. But he does it anyway. That’s how much he loves his niece.

Here’s a snippet of what Rhys puts himself through:

Camile shifted in his arms, treating him to an enticing draft of her flowery scent. Lilac, he’d already noted. But not the strong odor you get when you put your face right up to a flower. More like the subtle trail that floats in on a breeze through an open window. He wanted to tuck his face into the curve of her neck, nuzzle the slim column of her throat and analyze it some more. Yeah, good idea, Rhys, sniff her like a creeper. That’ll score points for sure.
“Rhys?”
He blinked a few times, trying to recover as he realized he was staring at her collarbone, at the place where it joined her neck. He liked that spot. “What?”
“Are you ready?”
“Um, sure.”
“I could play some music if you like. Or would you rather I just count?”
Shaking his head, he answered absently, “I don’t like music.”
She laughed in obvious disbelief. He didn’t correct her. He didn’t want to answer the questions she’d undoubtedly have about that. He didn’t need to hand over more evidence of his eccentricity.
She said, “Then I’ll just count for now.”
“Okay.” He stayed still, trying to decide how to proceed.
A few more seconds went by until she said, “You lead, remember?”
He remembered. That was not the problem. “Yes, but how do I let you know that I’m about to dance with you? Shouldn’t I warn you somehow? Count down or something?”
“Normally, the music will sort of guide you. But for now, just start, and I’ll follow.” She added an encouraging nod.
“What if I step on you?”
“These are special steel-toed heels. I won’t feel a thing.”
He dropped his chin to study her feet. “Are they really?”
“No. I was joking.”
His head came back up to find her grinning. He smiled, too, because he couldn’t help it. Even though he felt a little silly falling for her bit.
“I’ll be fine. Trust me, I’ve been stepped on plenty. But I’m also very good at dodging giant man feet.”
Quirking a brow, he asked, “Is that your way of insulting the size of my feet?”
A chuckle rippled through her body. “Good one,” she said after a moment, her lips still curled with amusement. “I totally deserved that.”
Rhys decided dancing lessons might not be so bad if he could just hold her like this, smelling her and making her laugh, and not actually having to dance.
“Are you ready?” she asked again after she gathered herself.
He sighed. “I suppose if I have to be.”
“I’ll prompt you with a ready, and, one, okay?”
Shaking his head, he said, “Not okay.”
“Why not?”
He confessed, “I have no idea what that means.”
“Seriously?”
“Why would I joke about that when I’m paying you five hundred dollars an hour?”
“The same reason you were just joking about the size of your feet. It’s not easy to tell with you. But it means you step forward with your left foot when I say one.”
“But then one is actually three, isn’t it? And it seems illogical to start on three.”
A crease formed between her eyebrows, and Rhys realized he might be doing the thing that Anne specifically told him not to do. The arguing. Except that he wasn’t, really, or at least he didn’t mean to. But maybe Anne was right that his precision annoyed people. He found that he didn’t want to annoy Camile. Interesting. Because normally his desire to clear up these types of logistical misunderstandings overrode most everything else. Including feelings.
Not the case here.
He was forming an apology when she tipped her head to the side, and said, “Maybe. I think I see what you mean.”
“You do?” he answered skeptically.
“Yeah.” Nodding, she said. “Let’s go after two full three-counts. On the third one, you start dancing. On the one. Will that work?”

Yes, it worked for Rhys. Eventually. And it was so much fun watching him and Camile fall in love along the way. Have you ever done something (or learned to do something) that was completely out of your comfort zone for someone you love?

Second Chance for the Single Dad is available now!

For more information about Carol Ross, including a complete list of books, please visit her website: carolrossauthor.com