Posted by Shirley Hailstock on October 15, 2020

I love Halloween. Often, I pull out my decorations and create a tablescape. This year, not being a typical year, and because Trick 'o Treating has been canceled in my township, I did the next best thing for a writer. I wrote a story with a Halloween theme.  I hope you enjoy it. 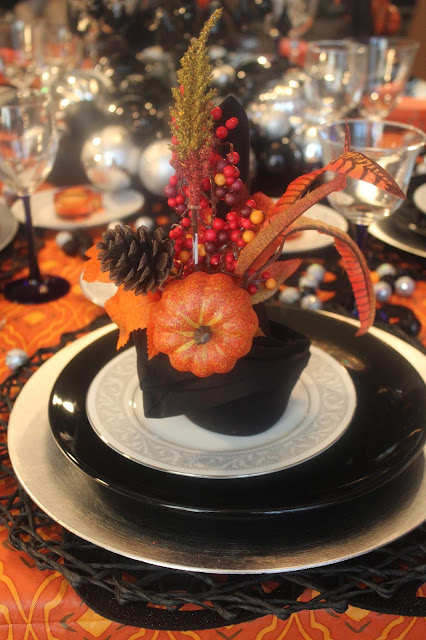 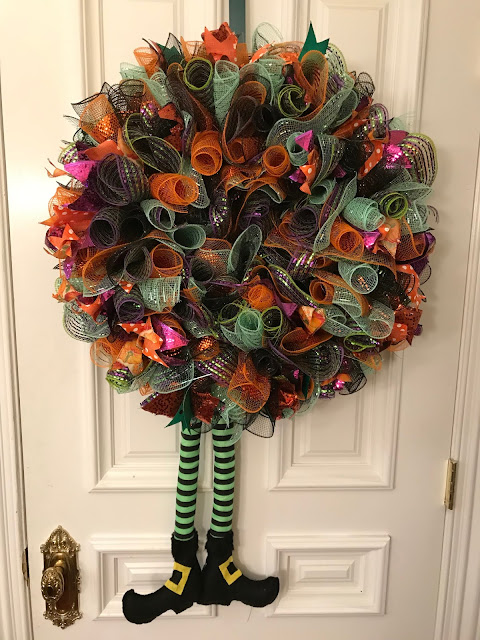 Julia's head felt as if someone had pounded it into the dirt. Inside her skull she was sure there was an army of Lilliputians constructing an entire city. How much has she drunk last night? She rarely drank, but it was a Halloween party and there were all kinds of spiders and who knows what in the punch.

She tried to sit. Her groan was long and had her grabbing for her head. Her knees came up as she tried to turn, instinctively going for the fetal position. She got no further than a twist before falling back to her original position. Small pellets of grit hit her. She opened her eyes, fighting the rain of whatever it was away.

It was dark. The sky was full of stars, but devoid of a moon.  Where was she?

With a hard effort, she sat up, the pain threatening to pull her into its own blackness.

She looked around. Where was she? Better still, how did she get here. She was in the desert. There were no deserts in Blythe Cove, Massachusetts. That's where the party had been. How could she get to a desert? No lights other than the stars gave her clue to where she was. Pushing herself over, she got to her knees. The desert sand, hard and packed, dug into her skin. Struggling, she stood, but wavered to keep herself upright.

"Was this what it felt like to be drunk," she asked herself. Julia had never been drunk before. And if this is what it felt like, she'd never be drunk again. Maybe this was a hallucination. It was impossible for her to be in Massachusetts for a party and wake up here. What day was it? How many day
s had passed?

Taking a step, she tested her legs. Would they support her to walk? She had no choice, but to try and get back to civilization, wherever that was. She saw nothing in front of or behind her except the void of darkness and a canopy of stars. There was no road. Her feet pressed on sand, some of it packed, others soft enough that her feet sank up to her ankles.

She couldn't stay where she was. It got cold in the desert at night and she had no idea what kind of predator might be lurking in the darkness. Checking the illuminated dial on her watch, she noted it was just after midnight.

"Halloween," she said aloud. "Great." Then she wondered if it was Halloween. Could it be November? More than one day had to have passed for her to wake up in the dark at least three thousand miles from her home. That is assuming she was still in the United States. Or still on Earth.

Julia started walking, stumbling along as he feet found little purchase in the shifting sand. She been walking for hours and the night had not lifted. The sky appeared to be the same, not that she could tell distance by the stars. Checking her watch again, it appeared that only a few minutes at passed.

She wasn't going to make it at this rate. She was thirsty and cold and had no idea if she was walking toward a town or away from one.

Then she saw them. She stopped. Fear cut through Julia, causing her heart to race at the same pace as the hammers in her head.

Three forms wavered in front of her. Without a doubt she knew they were ghosts. As if living in a dream, they beckoned to her. Indecision kept her frozen in place. The forms said nothing, but she heard them. They told her it was all right, that she could come with them.

Julia was unsure, but she couldn't think straight. Was she really seeing three forms? Where they people and her groggy head had obscured her vision? Was it a mirage? Did you see mirages at night? Nothing made sense and while Julia, a logical accountant for the Blythe Cove Board of Education, was having a difficult time processing what was happening to her.

They moved, the three of them, in unison as if they were one body and she was seeing triple. Unable to move, she stayed in place until they reached her. Suddenly Julia had the unexpected urge to laugh. There was no one there. She was making this up. She was looking through haze, through fog. Putting her hands out, they touched nothing alive.

Julia wanted to ask where she was? Was she going in the right direction, but some piece of her logical mind told her she was alone. Yet, she distinctively felt a presence.

Move. The word practically screamed at her.

Julia took a step and then another. She kept going as fast as she could. The presence or presences stayed with her.

And then the predators came.

There was no sun, not indication of dawn, but the night drew frighteningly full. Julia's mind brought up lions, bobcats, and snakes, things she wouldn't see in the moonless dark until it was too late. But the presence was with her. They kept her walking.

And she walked, walked, and walked.

Finally, still in the dark, she saw a sign ahead. Squinting, she tried to read it. It was too far. Julia moved faster, hoping it would give her a clue to where she was and where she was heading.

She didn't notice the presence with her determination on reaching the sign. She walked until it felt as if she were racing. The sign seemed to get further away the more she rushed toward it.

Suddenly she stopped. The presence was gone. She was alone. And she stared at the sign. Her feet were on a paved road. Julia had no recollection of moving from the sand to the road. She blinked once, then twice, sure she couldn't really be reading what was in front of her.

And then the world changed, like in a dream. She was no longer alone. There were hundreds of people in the streets ahead of her. Where did they come from? And why did that sign read – AREA 51? 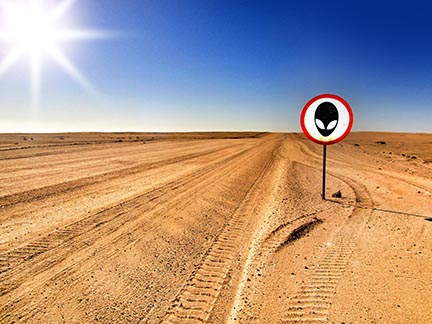