Oh, the Questions! by Virginia McCullough

Posted by Virginia McCullough on December 08, 2020

Writing carries a certain mystique, which is why people have odd assumptions about writers and how we work. That means we’re asked lots of questions—and more than once in a career.

1: Where do you get your ideas?

This wins the championship ribbon for the most commonly asked question. It’s a tough one because it’s obvious to us that ideas are “everywhere.” People ask about ideas because creativity can be mysterious, and I think folks just want to get a glimpse inside our brains to see the wheels turn. At least it’s not a test, so there are no wrong answers. 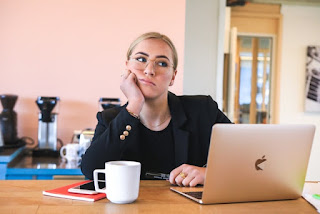 2: Do you write in your pajamas?

Huh? Why would anyone care? Maybe it goes back to the image of guys with scruffy beards and overflowing ashtrays and coffee on one side and a bottle of “something” on the other. Or, it could be just idle curiosity, and it’s not all bad to be considered a little eccentric. I might try to write in my robe if I called it, as my British friends do, my “dressing gown.” Funny that people often seem disappointed when I explain I need to be dressed when I write. It’s like going to the office, only with a shorter commute. How boring of me!

3: Do you stay up all night writing?

A man asked this question and later admitted he pictured writing as torment, hence, it has to be done under the influence of the moon and the stars—and maybe werewolves or vampires. How mundane to admit I’m a first-shift writer, you know, creative during normal business hours. Oops, goodbye mystique.

4: Do you ever let anyone change even one word of your writing?

I laugh long and loud and describe the parade of editors who, for decades now, have made me look better than I am, whether it was their work on a 1,000-word magazine article or full-length books. I’ve actually been chastised for not being a true artiste if I allow others to touch my work. Go figure. 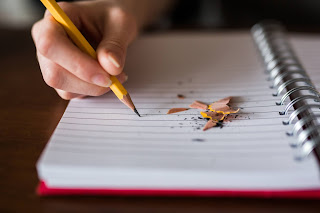 When it comes down to it, the truth about “writing mystique” is fairly simple: No single method to produce words is more valid—or magical—than another. Writing of all kinds is done late at night or early in the morning or after lunch by authors wearing PJs or businesses suits or sweats. Some produce handwritten first drafts, others dictate, a few still use typewriters, and the rest of us slog away on keyboards. Not so glamorous, but true.

On the plus side, I’ve had a couple of moments to bask in the “glamour” of writing. Some of the best questions I’ve ever been asked were posed by my thirteen-year-old grandson’s teammates at a weekend baseball tournament. A dozen boys knocked on my hotel room door one night, and when I opened it, they fired questions at me like journalists at a press conference. Most were kind of awed since they’d never seen a writer in person before. (It’s not so bad being on the receiving end of a little awe, and my grandson added a little swagger to his step.)

And my all-time favorite: Is it fun to write a book? 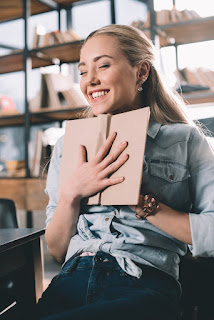 Finally, someone asked the magic question. Their faces lit up when I told them I have great fun writing my books. These kids were old enough to understand imagination, so they were more interested in the nitty-gritty of the stories than when or where I wrote them.

For my fifteen minutes of fame, I was Grandma-the-Rock-Star. And it was fun. 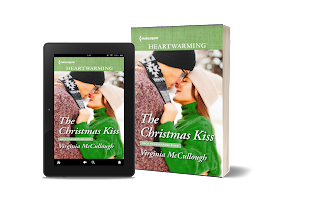 Tis the season for THE CHRISTMAS KISS, Book 2 of Virginia’s Back to Bluestone River series. Meanwhile, Book 1, A FAMILY FOR JASON and Book 3, A BRIDGE HOME are available through online retailers and the Harlequin.com website. Virginia’s other Harlequin Heartwarming books include her first series: GIRL IN THE SPOTLIGHT, SOMETHING TO TREASURE, and LOVE, UNEXPECTED.  All Virginia’s romances and women’s fiction titles explore themes of hope, healing, and plenty of second chances.