Sit Down Saturday with Julianna Morris 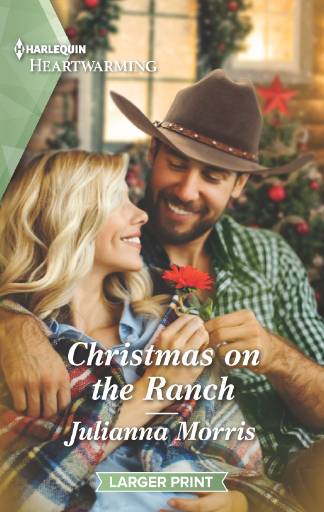 I was delighted to be asked if the second book in my Hearts of Big Sky series, could include a Christmas theme. Though it wasn’t in my proposal, I’d already planned to have the story end with the holidays. In the first chapter of Christmas On the Ranch I even have my wildlife photographer heroine put up a string of miniature white lights during an unexpected late spring snowstorm.

Alaina Wright is renting an unused foreman’s cabin from rancher Gideon Carmichael. My practical-to-the-core rancher hero is appalled by his new tenant’s impractical twinkling lights. And Gideon is already concerned because he’s learned that Alaina hopes to photograph wolves--a piece of information he doesn’t want to share with his fellow ranchers. Alaina is obviously a tenderfoot who doesn’t belong in his wild corner of Montana. If only he hadn’t signed that airtight rental contract…

The idea for Alaina’s and Gideon’s story has been percolating for a while. I love Yellowstone National Park and the success story of how wolves have been reintroduced to the ecosystem. (I’ve spent hour after hour in Yellowstone’s Lamar Valley hoping to spot one.) It turns out that as a keystone species, wolves are far more important than even some scientists realized.

As a kid I was fascinated when a teacher talked about Roman architecture and that the “keystone” was what made an arch strong--it basically locks all the other stones in place. So when I learned about keystone species in college, the concept instantly resonated. Reintroducing wolves to Yellowstone has made the ecosystem far stronger and healthier. They are a keystone.

When creating secondary characters for Christmas on the Ranch, I had to resist introducing elements of my grandmother. Wolves were Grandma’s bogeymen and she remained terrified of them throughout her life. It never made sense to me. That fear was mostly based in age-old tales of wolves as ferocious, insatiable creatures who kill indiscriminately. I’m bothered that wolves continue to be the villain on television and in movies, though there are few, if any, documented cases of a healthy, full-blooded wolf attacking a human being.

Nonetheless, I respect that ranchers have real concerns about predators. They care about their livestock. An article about a rancher who lost part of his herd in the 2020 Western U.S. wildfires brought me to tears. He was devastated. There was a financial cost, of course, but it was less important to him than the loss of animals he had raised and protected, descended from stock his family has kept for generations.

All this being said, the internal conflicts between my hero and heroine have little to do with wolves. Ranching and the wilderness are the background on which Alaina and Gideon meet and interact. They’ve both experienced significant losses--Gideon through a divorce and his beloved stepfather’s death, and Alaina when her husband died in an accident. It seemed right to finally bring them together in a season of joy.

Christmas on the Ranch is my third holiday novel. The first was Meet Me Under the Mistletoe (Silhouette Romance) and the second was Christmas With Carlie (Harlequin SuperRomance).

I’m surprised I haven’t done more holiday stories because like Alaina, Christmas is my favorite time of year. I love all the seasons, but people usually seem kinder, more thoughtful, and in a better mood during the holidays. I hope 2020 won’t be an exception, because we need the warmth of Christmas more than ever right now. 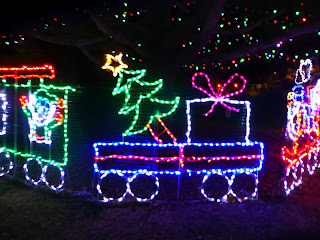 This year my family will experience much of that warmth from a distance, though we have been driving around in the evenings to look at holiday lights.  A couple of days after Thanksgiving we were thrilled to see our favorite--a home so brightly lit it’s probably visible to the space station--already on full display. 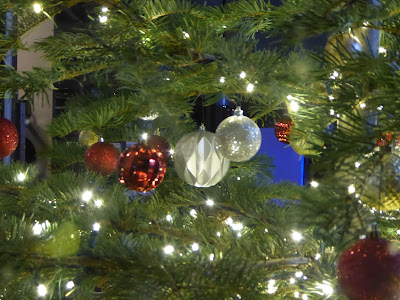 For me, Christmas memories are like ornaments and lights on an ever-growing tree.  At any given moment, one may shine forth as particularly special, while as a group, they shimmer like a multitude of stars in the sky.

I enjoy all cooking, but I’m a baker at heart and with Christmas coming, I’ve been thinking about my mom’s applesauce cake. She always prepared a double recipe in a 9 x 13 pan, chock full of raisins and walnuts. I leave out the nuts and raisins. and for entertaining (which won‘t happen this year), bake it in 9-inch round cake pans, which I stack three high, with her maple glaze dripping over the sides like icicles. The scent of applesauce cake brings me right back to childhood Christmases. Whenever possible, I use homemade applesauce, just like Mom.

The recipe is easy (see below) and has never failed me. It’s also the one I'm asked for most often because it’s doesn’t call for eggs or milk, can be made with oil instead of butter, and regular flour can be substituted with gluten-free flour. This makes it a handy dessert for people on low cholesterol diets or with various allergy/intolerance issues.

So while I go this season, I will be making new Christmas memories for my memory tree (and working on the edits for The Man From Montana of my Hearts of Big Sky series). I keep adding decorations inside and out, bake, write, stay in contact with friends and family (love those video calls!), and make sure gifts ordered online have arrived at their destination. “Silver and Gold” and other songs fill the air, or the sound of a holiday movie, and I hold out hope for peace and a white Christmas.

Whether you celebrate Christmas or honor another Faith or belief system, may your dreams be sweet and filled with joy.  And may the whole world find hope for the future.

P.S., I’ve finally created my own website through Google Services.  It’s still a work in progress, but at least it’s out there. 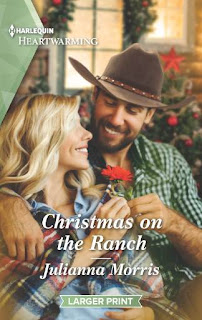 Christmas On the Ranch

Can the warmth of Christmas melt his frozen heart?

Alaina Wright is finally following her dream of becoming a wildlife photographer. And Gideon Carmichael’s Montana ranch on the edge of Yellowstone is the perfect home base. After losing the love of her life two years earlier, Alaina isn’t looking for romance. But there’s something about the gruff, wounded rancher that makes her wonder…could they both get a second chance at happily-ever-after this Christmas? Available now at Harlequin and Amazon.

Mix sugar and oil, add applesauce.  Mix other dry ingredients together, then add to sugar, oil and applesauce mixture. Stir until mixed.  Place in 9 inch pan.  Bake at 350 degrees for 50 minutes to one hour.  This is good frosted with maple-flavored butter cream frosting or glaze.  It can also be served unfrosted, or with with hot lemon pudding.

Note:  Stewed apples work well.   A double recipe fills a jelly roll pan and makes nice bars for serving to groups.  I usually go a little light on the spices, but that's a personal preference.