Off to the Cinema We Go!

Recently, Toronto weather has taken a mean and nasty turn…

…and forced us to seek indoor activities. Good thing that I’m a major movie fan of all genres, except horror. Horror need not apply. Not because of the scariness, but because five minutes in my pragmatic side always takes over, loses interest, and starts demanding—“what is it?!”  What’s the secret?  A ghost?  Time travel?  Twins?  Alternate universe?  Zombie curse?  Why is my popcorn all gone?  Whatever.

I’ve had a chance to catch up on a couple of Oscar nominees I’d missed, including Jojo Rabbit.  No wonder the two kids—one, the main character, the other, a secondary character albeit an unforgettable one—have gotten a lot of attention. 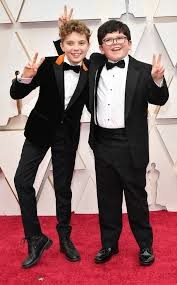 Performances were great. They had empathy, humor, sadness, drama, were wrapped in a clever script and convincingly filmed. Talk about a couple of characters I would have been happy to go anywhere with. That’s something that draws me into a story and holds my attention, and shows the strength of the storyteller whether it’s happening on the screen or the page.

Next up! The new reboot of Emma featuring Anya Taylor-Joy, Bill Nighy, and comic Miranda Hart. Can’t wait. Anytime a movie turns up with petticoats and a horse-drawn carriage, I’m in!  Except if the carriage is being driven by a werewolf cloaked as a masked demon, of course. 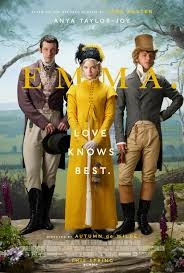