Turning Up the Heat in Sweet Romance by Sophia Sasson

Posted by Unknown on July 21, 2017
What I love about the heartwarming line is the sweet nature of the romance. It allows us authors to focus on the characters and their stories. But it does present a challenge for me; how do I give readers the little stomach flutters that come from experiencing the character’s physical relationship. My favorite source of inspiration---Bollywood.

Bollywood movies have strong romantic elements and until the last decade, explicit physical contact was not culturally appropriate for the screen. The screen writers of the older Bollywood movies used subtle ways to show intimacy. It helps that all of the movies are musicals for that added dimension of surreal romance.

Okay for the fun of it, lets watch a video to see what I’m talking about. The clip is from the movie Dilwale and the song is called Gerua. I’ve recently been obsessed with it not just because it was shot in Iceland (a place on my travel list), but because it literally sweeps you away.

This is why I love Bollywood videos, there is barely a kiss, the hero and heroine are fully dressed, and yet I can feel the love and intimacy between the couple---a rub of  his chin in her hair, the exhale of her breath on his ear and you can feel the tingles in your arms. It’s this close emotional intimacy that  makes the  heartwarming series so special. The line is sweet but as the editors constantly remind me, that doesn’t mean it has to be nice.

So I’ve explored various ways to ratchet up that emotional intimacy.

And then the Sergeant’s Temptation gave me the perfect opportunity. Traditional flirtations were not going to work with my spit fire heroine, Sergeant Alessa Parrino. Alessa is no girly-girl. When she tries out for an elite Army unit, she kicks their best solider to the floor in a hand to hand combat exercise. So she’s not exactly the type to clutch her heart when a man gives her that smoldering look. Then my awesome editor, Claire Caldwell came up with the perfect idea to change a scene and here’s what came tapping out of my keyboard:

“She’s made of titanium,” Dimples quipped, his characteristic smile lopsided as   he grabbed the side of his head that Alessa had slammed into the wall.
“Everyone has a weak spot, guys, and you need to find hers,” Luke said firmly.
“Oh, yeah? If you think it’s that easy, why don’t you do it?” Rodgers shot back. Alessa sensed that Rodgers had been a little hesitant on their second fight and she’d told him his fear was what made him an easy target. He’d been afraid of her based on their previous encounter, which made him tentative, and that hesitation would be the death of him in a real combat situation. She didn’t have the strength that the men did, so she got the better of them through lightning-fast moves.
“Yeah, Lieutenant, why don’t you show us grunts how it’s done,” Dimples jeered.
Alessa looked at Luke and smiled at the panic evident in his eyes. It would be fun to kick his rear end to the ground; put him in his place. She cracked her knuckles.
“What, you afraid to get whooped by a girl?” she taunted.
He narrowed his eyes then gestured to Alessa. Luke stepped onto the rubber mat and held the door while Alessa stepped across the threshold, unable to contain the smirk on her face. Luke closed the door behind him.
He stepped toward her. The guys wouldn’t be able to hear them with the door closed but he kept his voice low.
“Are you sure you want to do this?” he asked. 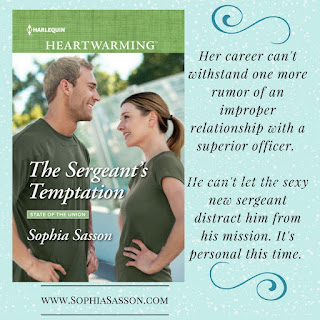 Of course not. Her stomach fluttered as she studied the stormy blues of his eyes. Fighting with someone meant close body contact. His proximity at the computer had been enough to supercharge her senses. Was she really ready for that again? He raised his brows, giving her a way out. All she had to say was no. She wasn’t required to do this training. After all, she was only the logistics person. Fighting him was a bad idea. A very bad idea.
“It’s on,” she said, chin raised.
His eyes darkened and he stepped back from her, his jaw set. There were no rules in this exercise. The idea was to take down your opponent by any means necessary using your bare hands. The rest of the team was watching intently behind the Plexiglas. Her gaze was laser focused on Luke.
Alessa’s martial arts training had drummed into her the importance of looking into the opponent’s eyes to anticipate his next move. It usually worked for her, but not this time. Looking into Luke’s eyes was like watching the swirls of a tornado. Get it together!
He wouldn’t make the first move. In a disciplined fight, offense was not always the best defense. If she moved first, it would give him time to react. He would get to decide whether to evade, block or retaliate. He’d be the one with the choices and she would give away her preferred fight mode. The movies often showed two adversaries circling each other ready to pounce, but neither of them did that. They stared at each other for what seemed like hours but was in fact mere seconds.
Luke wasn’t going to budge. Alessa had to make her move. She led with a kick, hoping to throw him off balance, but he was expecting it and blocked her deftly. She anticipated a counter punch, but it never came. She successfully twisted away from him and they were back in the face off.
He’d had the perfect opportunity to at least get a jab into her, and he hadn’t taken it. Why? While it was understood that they wouldn’t seriously injure each other in these exercises, everyone expected to walk away sore and bruised, including Alessa. The bruises would remind them of their weak spots so they could protect them better next time. Luke should have taken at least one punch.
Most people thought fighting was about power and speed. And it was. But it was also about messing with the opponent’s head. Faking left and going right was the simplistic version of that.
She inched closer to him. “You’ll regret pulling that punch,” she said, then jabbed at him with her fists.

I had a lot of fun writing this scene; how often do you get to write an equally matched hero and heroine fight each other and their attraction in such a physical way. Like the Gerua video, I also wanted a larger than life backdrop. So the book starts out in the U.S and then takes the elite unit to Pakistan and then across a dangerous border to Afghanistan. (PS—there is a making of Gerua video on youtube if you want to know how they got onto that iceberg). 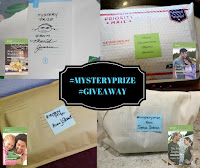 I can’t leave without mentioning the #MysteryPrize giveaway that all of the August heartwarming authors are doing. Buy any of the four amazing August releases (or answer a question) to enter the giveaway. 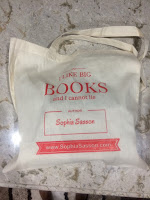 In addition, I have a goodreads and an amazon giveaway—all giveaway links are on my website. And yes please, enter all of them! In addition, if you buy a copy of the Sargeant’s Temptation before August 5th, please email me your receipt along with your postal address and I’ll send you this bag free.

Before I end, onemore awesome Bollywood romantic video. This is from the movie Jodhaa Akbar, a period film about the sixteenth century Moghul emperor Akbar who marries a reluctant Hindu princess in order to firm his hold on Indian Territory but ends up falling in love with her. It’s a sweet video and you get to see an Indian palace (Agra Fort) that you can still tour today.

So tell me, what are some of your favorite sweet romance movies/books/TV shows?