CATHERINE: September is the one month, except for December, that brings to mind lyric after song title, after nostalgic memory for us. Did you know that there are over forty songs with September in the song, with September as the title or as the main theme? A couple web sites declared there were over one hundred, but I never found that many. Suffice it to say, there are quite a few.

Most of us know September Morn by Neil Diamond and if you don’t, shame on you. LOL. You can listen to it (and see Neil) by clicking on the name above.

Earth, Wind and Fire’s September is playing on Sirius right now. Maybe the music mixologists are getting us ready for the Labor Day weekend. Who knows? (Obviously, I’m writing this before the weekend.)

September Song actually was recorded by everyone from Jimmy Durante to Nat King Cole to Frank Sinatra and Willie Nelson. It was written in 1938 for the Broadway musical “Knickerbocker Holiday” by Kurt Weill (music) and Maxwell Anderson (lyrics). If you have Spotify, you can hear all these renditions. I did. What a treat. (The link takes you to Nat King Cole's rendition)

As a writer, be honest, don’t romantic and especially melancholy romantic songs---AKA “Sad Songs”--- whisk your creative juices into the next scene? A new story? Bring a hero to life? I have to confess, these old sad, torchy, bluesy songs do that for me. I found a box of my mother’s old 78’s---no kidding---and there were names on those labels I’d forgotten. (Shame on me, this time.) Perry Como, Louis Armstrong, Ella Fitzgerald, Tommy Dorsey, Harry James, Glenn Miller. The list is endless. Nearly every album had at least one song about September.

September is a glorious month, before the leaves turn, the days are still warm and the sun bright. The harvest is coming in and kids are back in school. Summer romances are over, or the wait for one is forgotten if it’s never begun. Back at school, there are new people to meet. New “chances of a lifetime.” New beginnings.

September songs bring those kinds of stories to our minds. And as authors, we’re itching to get them down on paper.

“Try to Remember the kind of September, when grass was green and grain was yellow. Try to remember the kind of September when you were a young and callow fellow.” That line is from the play “The Fantasticks.” A 1960 musical with music by Harvey Schmidt and lyrics by Tom Jones. It was an off-Broadway production at the Sullivan Street Theater that ran for 42 years and 17, 162 performances. It was an allegorical story loosely based on another play, Les Romanesques by Edmund Rostard. Two neighboring fathers trick their children, Luisa and Matt into falling in love, by pretending to feud. I won’t tell you the rest of the story. Undoubtedly, many of you know it. It was one of my husband’s favorite musicals.

But the words to “Try to Remember” are haunting. Unforgettable.

Seriously, these wistful and melancholy words and melody will take you away to the world you had forgotten. They can make you think of, or imagine the one love you might have passed over, forgotten, or even mistreated. Maybe you’d like to have a chance to right a wrong. Or simply wallow for a moment in the past and while you are there, authors, don’t you find yourself picking another story to put in that antique wicker basket of romantic ideas?

Here’s a link to Andy Williams singing the song on YouTube.

Another one of my favorites is “See you in September” by The Happenings. The line, “Will I see you in September, or lose you to a summer love?” was and is a huge trigger to my romantic revolver. Bang! I’m already thinking of the guy who went away for the summer, comes back and his girlfriend is engaged to someone else and now he’s got to get her back. But the competition is tough as nails. That kind of thing.

So, while I’m airing my “late summer” confessions here, I admit to liking sad songs more than I do happy songs. The sadder the better. Those deep emotions stir me to tears. Sniff, sob. Then there I go, dragging myself to the computer again and writing another emotional scene that makes me cry---even for the bad guys, sometimes. Hey. Bad guys need love, too. In fact, I think that’s what’s wrong with bad boys. Not enough love. After all, isn’t that why we keep putting bad boys in leather on motorcycles on the covers? Secretly, we all want to love them till they turn to mush. Just to prove we have the power to do that.

Rula, what do you think of September themed songs?

RULA: I love everything about September, including the songs about it, although it does seem that most are nostalgic, bittersweet or sad. I do agree that I have a thing for angsty songs. They really do stir up my emotions and that wakes up the writer in me.

Now, one song that celebrates the more calm, winding down, cozy, loving feel to September is James Taylor’s September Grass. You mentioned September Fields and I love Frazey Ford’s voice. As for September Song, there’s another one by JP Cooper that’s about teenage love. Here’s the video. But I must say, my favorite September themed music video and song these days is Green Day’s Wake me Up When September Ends. Anyone who hasn’t seen it click the link. Watching it and listening is like experiencing a romance novel and, as to the ending, I choose to believe they’re reunited in the end…but that’s me demanding a happy ever after :). After all, I love fall and the reason I love September is that it’s my gateway to heaven…the month of October. My favorite.

It’s really amazing how songs and lyrics stick with us for so long. They’re unforgettable. So whether September feels peaceful and quiet, or all the back-to-school makes for a cozy, family feel, or it feels nostalgic and bittersweet…let’s make it a September to remember.

Oh, but before you go, there’s one more thing to remember…

We have tons of fun going on this fall to celebrate the upcoming December releases, which include books by Catherine Lanigan (His Baby Dilemma), Rula Sinara (Every Serengeti Sunrise), Liz Flaherty (The Happiness Pact) and Beth Carpenter (A Gift for Santa). A boxed set of all 4 can be preordered here. Stay tuned for more information but mark your calendars for:

September 8th: Goodreads Giveaway for Rula's award winning The Promise of Rain (more GR giveaways from the series to follow...leading up to the release of Every Serengeti Sunrise)!

December 2nd: Big giveaway launched here on the blog, courtesy of Catherine, Rula, Liz and Beth in celebration of our December releases!

December 5th: Our official release day! Unless you shop at Harlequin.com or subscribe to Harlequin's reader service and get them a month early :).

See, September also opens the door to the holiday season, gifts and giveaways!

And by the way, tomorrow, September 6th, is National Read a Book Day! How many of you will be reading a Heartwarming? There's a post with an updated Heartwarming reading wish list HERE if you missed it. Will you have a September themed song playing in the background while you do? Which one? 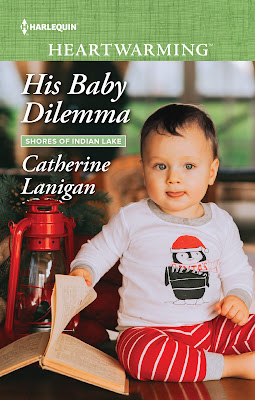 Must they always be continents apart?

Nobody expects Paris Fashion designer Grace Railton to settle down in her Indiana town, least of all Mica Barzonni. Fifteen months ago he turned to her for comfort and compassion following a farming accident that left him permanently injured. Then she returned to France and went silent on him.

Until suddenly, Grace shows up on his doorstep with life-altering news. Mica, a father? He’s barely learned to navigate his post-accident life. But this could be his chance to become the man he’s always wanted to be—the husband and father Grace and their baby son need. Now Mica just has to convince her to stay. 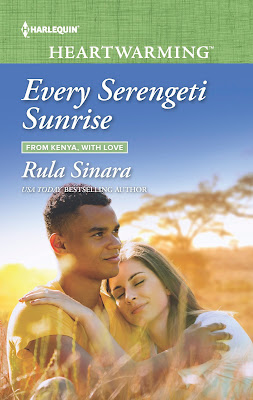 When attorney Maddie Corallis returns to Kenya to fight a humanitarian vs animal rights case, the last thing she expects is for her childhood friend, wildlife veterinarian Haki Odaba, to be the very man she’s up against. Loyal and protective, Haki would never turn his back on the elephants he’s devoted to saving, any more than Maddie could abandon the native tribes she’s come to protect. An impossible battle…but nothing compared to the fight they face when old feelings surface and the soul-deep connection they’ve always shared threatens the worst kind of betrayal...that of their dearest friend Pippa. The one Haki is expected to marry.

Denying their feelings is torture, but giving in is not an option. Not with the suffering it would cause. Besides, Maddie left Kenya once and she’ll be leaving again soon. An ocean, a case and a friend between them. Maybe love can’t always find a way…or can it?

May you all have a safe and happy September,